Do Americans really hate each other? Where do we go from here?

Posted on October 19, 2016 By Joe Cianciolo In Election 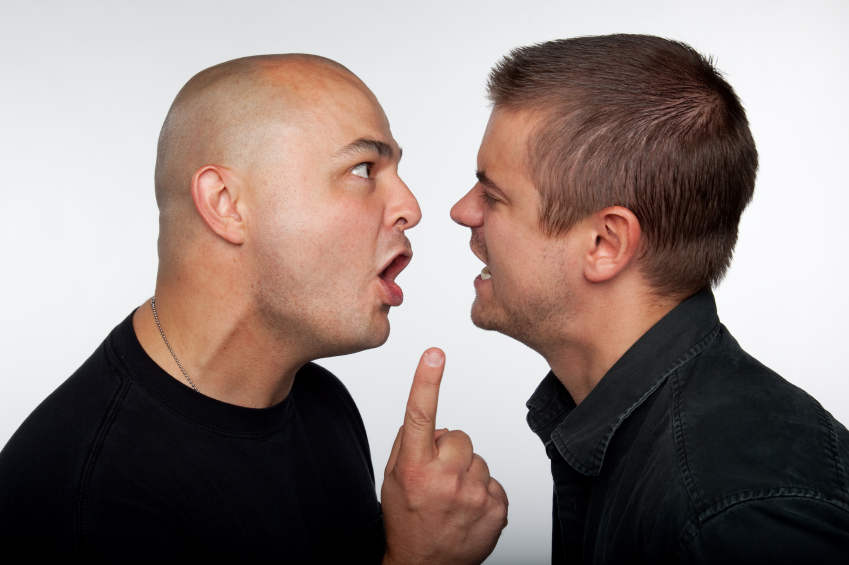 A shift in order is brewing and it’s going to be big.  The question is will we make it something positive or something devastating.  Politics is a hot button issue that brings out the wild beast in some while others shy away from the conversation.  This election cycle has been unprecedented.  Mudslinging has been around for a long time.  But the quest for summiting Mud Mountain toward victory this year has been exhausting, leaving us (the people) left with the mess.  In the beginning, I figured it was just typical candidates playing the game.  It’s easy to see the bad in each, since the media tends to draw negativity to the forefront.  Pull back and look at the bigger picture though.  At what point did it become ok for such egregious interpersonal behavior to become normalized?  Marketing tactics from the candidates and the news outlets egg it on.  To make matters worse, we seem to be buying it all.

It is now full on “shit-show” similar to reality TV, which is most profitable these days.  Like a train wreck, people can’t turn away.  Wretched behavior, although entertaining at times, is giving way to something far more concerning: public outrage.  I thought it was just the election year, which tends to bring the cat fighting in even the best of intentioned people.  But as I zoomed out in the social media world, a pattern is uncovered that makes me downright mad.  Friends argue vehemently on Facebook about candidates, who by example vehemently argue with each other.   Then there is the act of “unfriending” and “unfollowing” of people you once considered friends.  Now the growing sentiment is, “if you don’t see things my way, you are a horrible person.”  Are we as a society becoming less engaged?  When did we lose respect for common respectability?  We’re electing public officials who are supposed to represent the will of their constituents, not tyrants who can rule over us like peasants.  It’s as if we are expecting them to save us from the chaos.

Enough is enough.  Now is the time to Do Something Big.  There is a growing desire to make changes very much needed in this country.  It all starts with us.  We have the tools and power to change the narrative.  The question is will we?  About 5 months ago I was presented with the concept of a new idea.  A peaceful, non-partisan platform for the people.  A group of folks from across the country agreed to put their political differences aside to bring about real change.  Is that even possible?  A video trailer was created and the brand revealed and instantly I was hooked.  Instead of waiting for the proverbial “they” to come along and fix things, it is time for We to become They.  We Are They.  If we don’t like the current situation it is up to each of us to act.  And so WE went.  At first I wasn’t sure what to do.  But as I began meeting others in the group ready to unite, I found my voice.  We Are They encourages positive, peaceful participation.  It starts with us being the example we want to see for our country.  Rather than waiting for “they” the political leaders to do it for us or even the news to report it for us, we have to step up and do our part.  This country was designed by our forefathers to be united, not divided.  These forefathers faced many of the problems we do today and as a result acted.  They created a leadership platform of the people, by the people and for the people.  It’s time we remember that and take back that responsibility.

The We Are They movement has been amazing so far.  Truly the peaceful, non-partisan platform for all voices.  The mission is clear: unite Americans by promoting positive, peaceful participation to foster a transparent form of government held accountable to the will of the people.  The strategy is to use engaging multimedia and technology that encourages more participation in our democratic process and measures the transparency of the system compared to the will of the participants.  With aims to inspire, inform and empower Americans using technology we already have become accustomed to using daily makes so much sense.  What excites me most is the belief statements of We Are They.

“We believe all Americans should have an equal voice and should be encouraged to use that voice.”

“We believe our government should work for the people and be held accountable by the people.”

“We believe our country should be united no matter what our individual political beliefs.”

I’ve spoken one on one with over 200 people in the last 8 weeks about We Are They and the reaction has been overwhelming.  Each person has shared hopes and desires for a better system.  Sparks of inspiration and empowerment are electric.  The enthusiasm and feedback fuels us to do more.  Many jumped at the opportunity just like I did.  They offered to help.  Some donated money.  Others started spreading our message by asking questions and posting peaceful, productive comments on social media threads.  In fact just today, I had lunch with a lady so motivated she wants to host an event to bring as many people together as possible to realize the power is in the hands of the people.  With each person I meet, I realize we are at a tipping point.  When the people are ready to make changes necessary for a better future for our children and grandchildren, they will.

That will has been there for a while but was missing a platform to rally behind.  It’s time for us to unite as Americans and remember that our government is designed to empower us.  We don’t have to agree on every policy, but we can have peaceful, productive conversation.  We must send the message to the rest of the nation, the news outlets, and mostly our elected officials that our voices will be heard.  We are paying attention and what we see is not what we want going forward.  We choose to be positive, peaceful participators.  Let’s kick apathy and make sure our representation is held accountable to our will, like it was designed when our country formed.

There is much work to do.  Meeting and empowering the hundreds of millions of people in this country will take time, energy and even money.  But our future is worth it all our efforts and more.  I’m stepping up to the task and I encourage you all to join me.  We Are They is the platform to bring our government into the 21st century.  We want to make it easier for your voice to be heard.  And we will make sure our elected officials don’t ignore us.  If we want a better future, we will make it happen.  Join us.  www.wearethey.us